One of the big problems of the EU seems to be that it’s difficult to understand how it works and who does what. The prevailing image is one of “Councils” and “Commissions”, each headed by a President of some sort. It doesn’t help that on top of that you have non-EU institutions that sound like they are part of the EU (the Council of Europe – a non-EU entity – versus the European Council and the Council of the European Union – both EU entities). Often infographics that try to explain the EU do little to help.

As such, the infographic below tries to approach the institutional framework of the EU a bit differently, by portraying institutions through theirs national analogies, and using a more varied vocabulary to explain the function of each “president” (for example, the “President of the European Parliament” can be thought of as the “Speaker of Parliament”). In essence, what each institution does is more important than what it’s called, and even if the analogies are imperfect (since, for example, the Commission has legislative attributes as well), they help better differentiate the institutions. 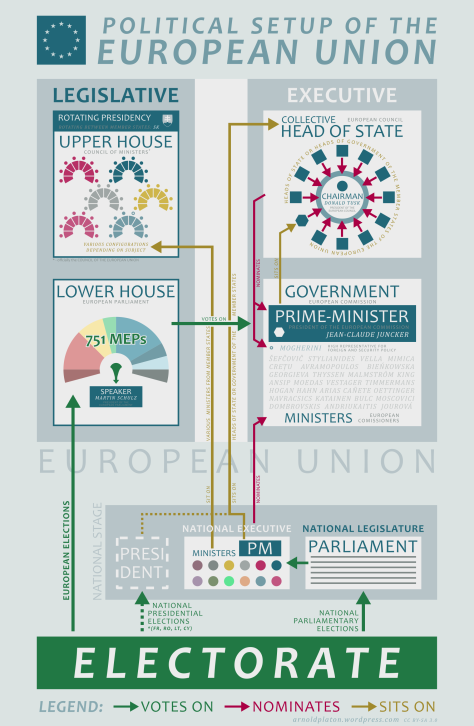 One thought on “A functional view of the European Union”